Together with 68 pupils, 7 teachers and a caretaker, Daniel Walt and I realized this art campaign in summer 2012.

Unexpectedly there was strong south wind on the second day. This released the barrier tapes that had been pinned from the bridge with stones into the Rhine.

Unexpectedly, nature took part in this work by making the barrier tapes dance. Civilization became, so to speak, the game ball of nature. 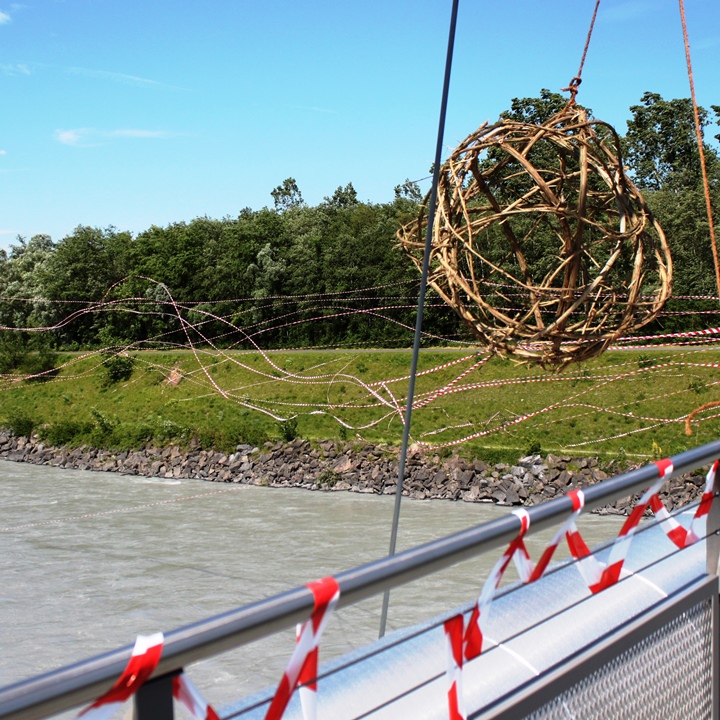 My first video was born out of this unexpected situation. 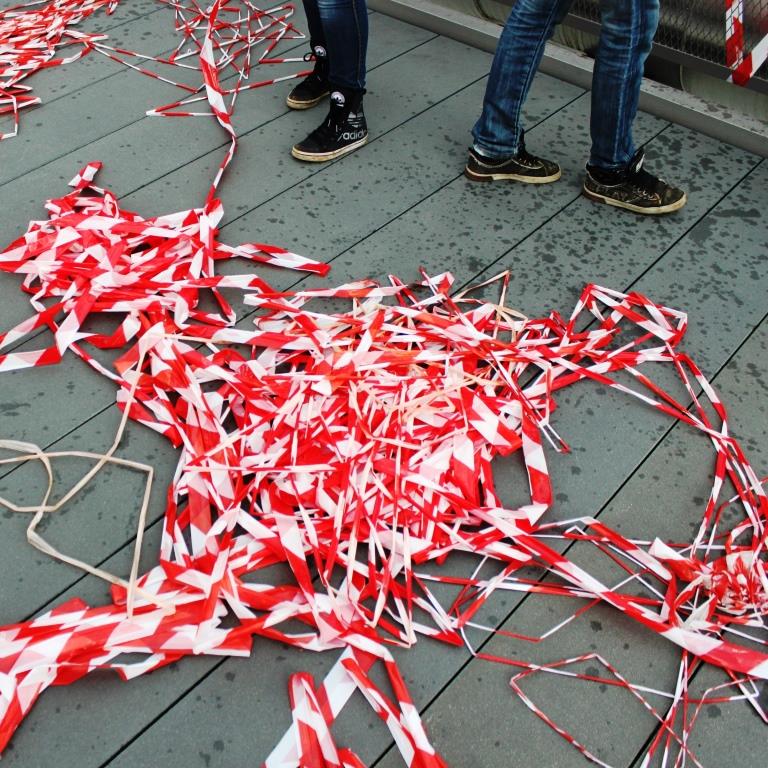 After the end of the art campaign, all the barrier tapes were put together. Then they were rolled into balls and hung up together with the niel balls as a temporary installation.

At the very end, everything was professionally supplied and disposed of.